You are incredibly lucky if you see this rare goose as it is normally only found in two places in Britain: the Slamannan Plateau, in Falkirk, Scotland, and the Yare Marshes in Norfolk, England. Originally thought to be one species, the Bean Goose is now split into two, the Taiga and the Tundra, based on a slight difference in bill colours. The Taiga is the one that comes to Britain and overwinters here from October to March. It is normally just called a Bean Goose. They like lakes or flooded fields close to farmland where they can feed. 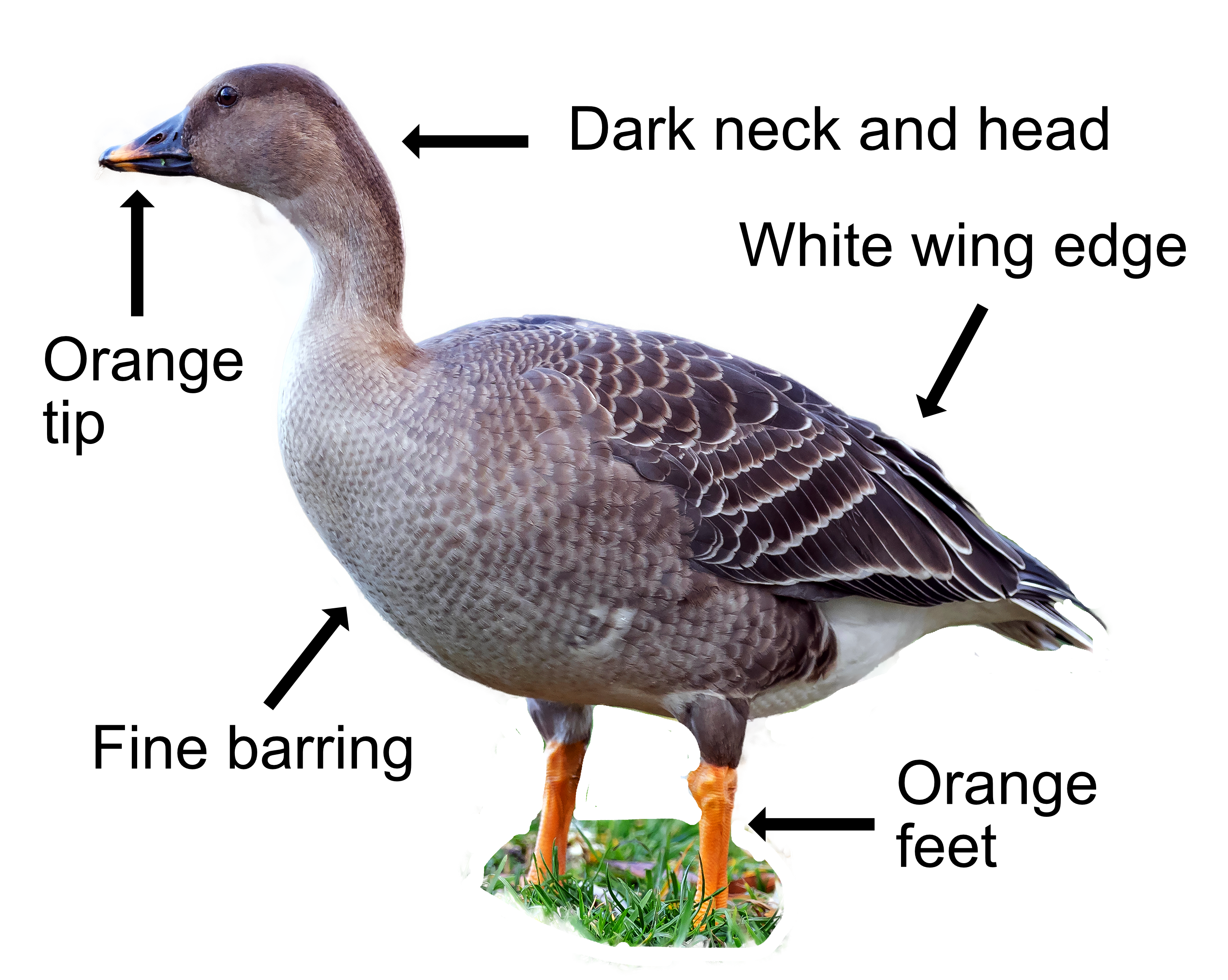 The Bean Goose is slightly smaller than a Greylag. It is a tall, elegant goose, mostly brown with a very dark neck and head. The brown breast has fine barring. There is a white line at the edge of its wings, and a small white patch at the base of its tail. The bill is yellow and black. Apart from its orange legs, it is a bit of a brown job. It flies in the traditional goose V-formation and you can easily see the dark upper wing and its long neck. Their call is a “ung-ank".

The Bean Goose eats grass seeds, roots, berries, clover, and potatoes. It got its Bean Goose name because it also enjoys grazing bean field stubble. This doesn’t make it a big favourite of farmers, though they do comparatively minor damage.

The Bean Goose (Taiga) is unique because it nests in dense coniferous and birch forests in Northern Europe. (The Tundra species nests on the Siberian tundra, hence its name). They mate for life and their courting takes several weeks. Once they have paired up, a "Triumph Ceremony" is performed where they put their heads close together and sing to each other. They often repeat the ceremony as a way to renew their bonding and to strengthen family ties when their youngsters are driving them mad! An average of 4–6 white to pale straw-coloured eggs are laid in a scrape or shallow nest of vegetation lined with warm down. The eggs are incubated for 25 to 29 days before hatching. The youngsters can feed themselves almost immediately and the young goslings fledge 40 days later. They are fully independent after a further 2.5 months. Mum and dad do their moult after raising the family and are flightless for a month before coming here. The family will stay together for their first winter.

About 450 Bean Geese over winter In Britain and are often seen with White-fronted Geese. Their Latin name is ’anser fabalis’ where ’anser’ is the Latin for ‘goose’, and ’fabalis’ comes from the Latin ’faba’ for ‘broad bean’.